﻿Life has spent itself driving you to this memorable day- your wedding day. It is done with you and now handing over the keys, it is motioning you to proceed. ‘Make your move’ it says! Notice that how you arrive for your wedding day is as momentous as the day itself and you dare not miss your ride. Join us on this ride down memory lane as we scan through cars that have ‘steered’ weddings over the last one hundred years. It doesn’t matter the era, brides always arrive in style. 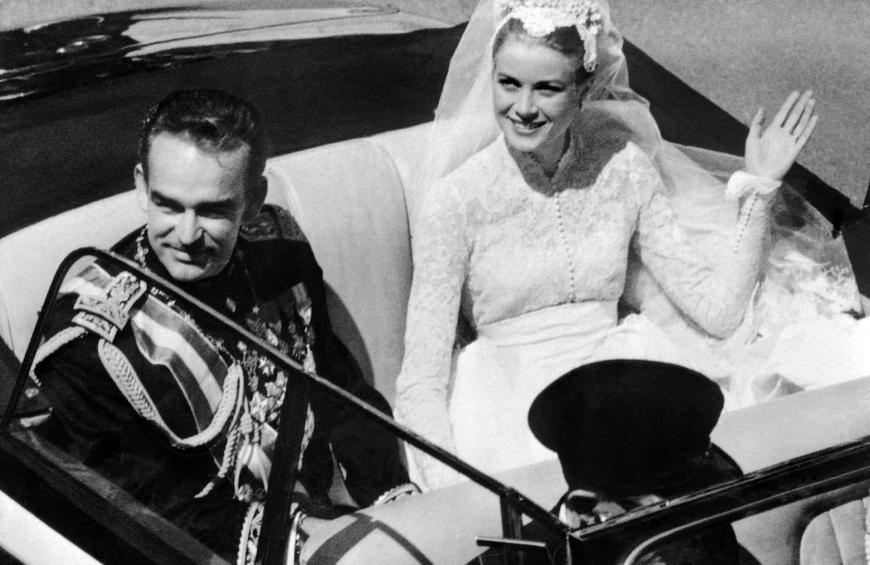 Before the 1920s
Before cars and car-hire and wedding cars, there was the camel and then the horse followed by the horse carriage. Today these are all pure luxuries, an ever present reminder that the more traditions change the more they stay the same. In the 1910s cars were a privilege of a few- a despicable symbol of arrogance, status and power. It was therefore not uncommon to see couples riding on horse carriages later on horses. Brides typically hopped onto their horses and rode to the religious ceremony then later to the reception and back home. Cars were a luxury more so for weddings.
﻿The 1920s and 1930s
In the 1920s and 1930s as Ford popularised his car for all, cars became a regular part of weddings usually transporting the bride and groom. For more privileged families, maids too would get an opportunity to ride. This is what birthed a long-standing tradition of wedding cars at weddings. Cars used at the time were huge, box-like bodywork in which the bride towered above all as the center of attraction for onlookers.
﻿Cars changed significantly during the 1930s. From the traditional four-square style of the past, this era ushered in the streamlined (Tear-drop) shape. This decade largely established the shape of cars we know today. Brands like Chrysler, Cadillac, Plymouth, Volvo, BMW, Mercedes Benz were established in the 1930s. The hire of wedding cars for transportation was also birthed, a trend that continued through the post-war decades.
The 1940s and 1950s
The 1940s did not give us much in car designs but rather a lasting tradition that could perhaps outlast cars themselves- the idea of decorating wedding cars. In the past, one merely put a ‘Just married’ sign on their personal vehicle, however rugged it was; and off he went with his bride for the rest of the wedding day! 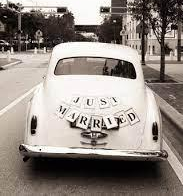 But in the 1940s, brides intensified the practice of wedding car hire for the attention they sought from onlookers. It became more common to hire a friend’s car that was in better shape than yours which was accentuated by simple décor for an even better look.
The 1950s birthed the most classic, powerful and unsafe cars ever driven. Designs and acceleration abilities got more sophisticated. Car brands came into vogue with Mercedes, Rolls Royce and Bentley making a distinction of social classes. Brands became the new symbols of wealth and power and weddings became their supermodels.
The 1960s
In the 1960s as luxurious cars came of age, most people continued to hire, to cut costs on transportation while at the same time having a stunning car to captivate onlookers.
﻿The Van Dam Plas Princess also known as ‘the grand old lady’ was the wedding car of the 1960s and was mainly hired due to its staggering price tag of £1,467 (equivalent to almost £35,000 today). As an all-cream wedding car, it could complement any colour of choice. It was usually the lead car in a fleet of complementary cars that made for a spectacle on the road. It also came complete with navy carpets and fur rugs, sitting up to seven passengers – allowing maids to ride in alongside the couple.
The 1970s and 1980s
In the 70s and 80s, it became a custom to hire a fleet of cars to transport bridesmaids. One wedding car was for the groom, best man and his groomsmen. The groom’s car usually arrived to the venue first to allow him to welcome and seat guests. The mother of the bride, bridesmaids and flower girls usually took the second car while the third was for the bride and her maid of honour.  Traditionally, the bridesmaids and mother of the bride all gathered at the bride’s house shortly before being picked up. It’s this era that birthed lavish weddings.
﻿The car of this time was the famous Beetle which lived on through the 90s. The 90s remained largely conservative when it came to wedding car trends.
The 2000s
﻿Weddings in this period changed drastically, ceremonies moved from churches to non-religious venues like hotels or country clubs, style changed too. The custom of hiring wedding vehicles had taken on a completely new outlook with more vehicles and more luxury. Blogs and TV shows had a huge role to play in this as they set standards for what a dream wedding should be. And couples drove fast to make their TV dreams a reality.
﻿Lincolns, Limousines and modern Rolls Royces became house hold wedding cars. They arrived before they were hired and only left when the budget could not afford them but they remained a subject of many couples’ dreams way into the honeymoon.
The 2000s also gave us more options, it became about glamour, just as much as it was about luxury. People obtained ordinary cars and decorated them to appeal to even the luxurious. The options allowed creatives to set the trends for weddings and car decoration became a tool in their armour.
There you have it, the evolution of the wedding car over the last century. What was your wedding car of the century? Tell us in the comments below.
Author: Allan Brian
Previous Post10 photo poses you shouldn’t skip on your wedding day
Next PostChoosing the perfect wedding dress
Comments (0)
Leave a Comment
Skip the hustle, hire a wedding planner! Oct 23rd 2020
11 Things to consider while planning a beach wedding Jul 3rd 2021
How to select your wedding menu Jul 10th 2021
Tips for Wedding food service providers Jul 17th 2021
Vendor Spotlight - Paramount Images Jul 24th 2021